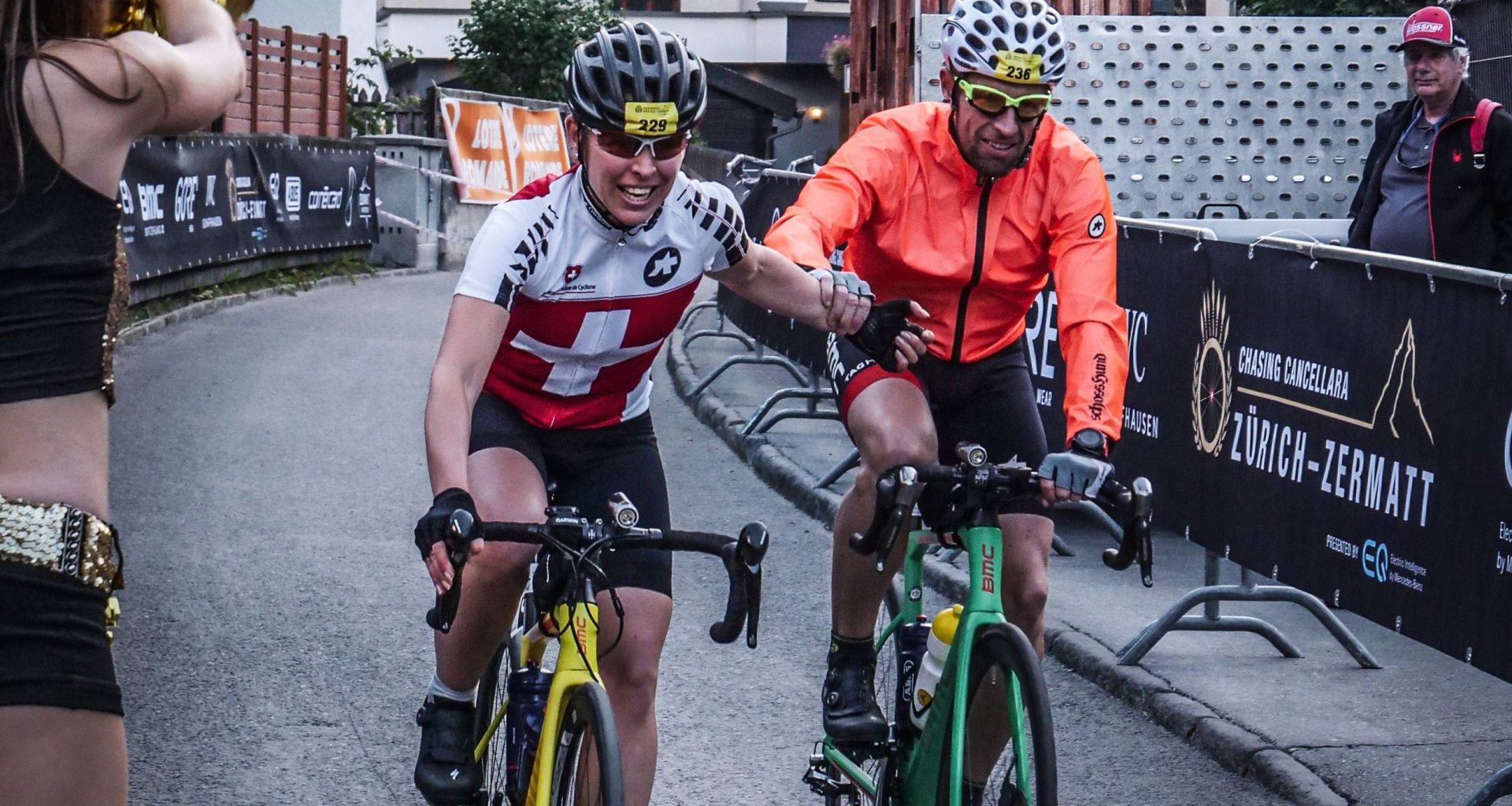 In 2019 the roadbike race format “Chasing Cancellara Zürich to Zermatt” took place for the first time. The participant Morgane Dumollard gives us a little insight how she conquered the 290 km.

About the “Chasing Cancellara”

“Chasing Cancellara” is the race series of former pro cyclist and double Olympic Champion Fabian Cancellara. Since 2019 the race “Zurich-Zermatt” is part of “Chasing Cancellara”. Starting in Switzerland’s biggest City Zurich, the race leads the participants over a course with a total of 280 kilometers and more than 6000 meters of climbing.

After the start in an urban surrounding the participants quickly enter hillier and more rural terrain. The picturesque Entlebuch is quickly followed by the biggest challenges of the day. The alpine passes of Glaubenbielen, Brunig and Grimsel account for more than half of the elevation gains on the menu. A brutal yet beautiful course that demands everything from the “Chasers” on their way to the foot of the famous Matterhorn.

The bike race Chacing Cancellara is open for everybody who feels fit enough to compete either as a single or as a couple (two men relay). In many cases this spectacular race motivated many leisure cyclists to train hard or to even pick up cycling in the first place.

One participant in particular found herself motivated, challenged and rewarded by “Zurich-Zermatt” as the story of Morgane shows:

Morgane’s story of the race

“ If your goals don’t scare you, they aren’t big enough”,

When I signed up for the Bike Race Chasing Cancellara Zurich-Zermatt with my partner Frédéric, I was far from mastering all the rules that come with cycling after only one year on the wheels. We were trail runners, but Frédéric already had years of experience in cycling and I was just starting to enjoy riding my yellow BMC by his side to pile up some vertical miles.
Will I be able to ride those insane 285km of ups and downs? Am I willing to play at that level?

We had less than six months to make it possible. “Just ride”, Frédéric told me. I was feeling as much excited as nervous to step out from the trails, leave our faithful running shoes behind and hit the steepest roads of our beautiful country, with the humble objective to finish before the time limit of 7pm. We started this journey riding through the sleepy streets of Zurich, and I felt fine the first 7h despite the cold night, grinding up one hill after another. At the door of Grimsel pass, my body tried to make me feel as if I was not strong enough and my knees started to give up. This marked the beginning of a long struggle against the clock and a sharp pain increasing in almost every stroke.

Although I have a rock-solid mind, I needed all the supportive tricks Frédéric could imagine to push me up to the next turn, immersed in a heavy fog until we meet with a long-awaited sun at the top and a relieving downhill. For the last stretch of nearly 100 km, my mind made it harder while my knees were dead and we were both failing asleep, daydreaming about Zermatt as a promised land.

Finally, I crossed that goddamn finish line a minute before the time limit, after 17h of riding. Damn it felt so good! I always trusted that sometimes, challenges bigger than us are thrown our way, not to make us feel inferior, but to make us realize we are capable of so much more.”

In 2020 the Bike Race Chasing Cancellara will be held on August 28. There is a limit of starting spots available.
Click here for more infos and to registrate